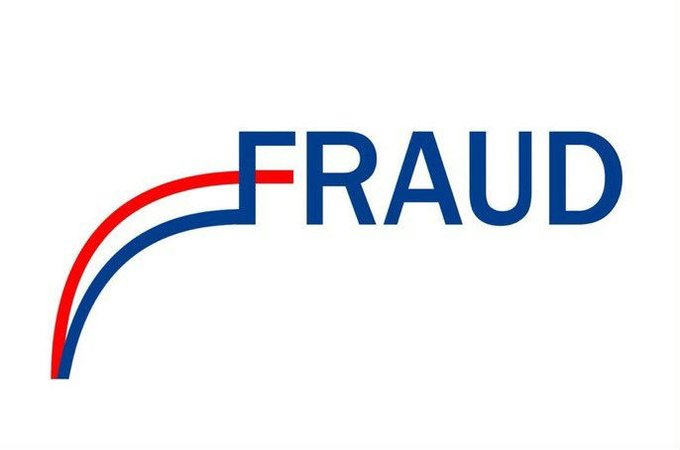 johnny reb
10 Nov 2020  #2,642
Circles behind Biden are friends with Islamic league.
One of Bidens first things is to open up our borders back up to Muslim immigration again after President Trump closed them after he saw the cluster fck in Europe by these animals.

joey ain't the sharpest knife in the drawer.

Fraud is right and confirmation of them are rolling in now.
Just wait until I post about the story behind the voting machines connected to the Crooked Hillary Foundation.
Unbelieveable.
And here in Michigan TRENDING: HUGE EXCLUSIVE: Michigan Attorney General Dana Nessel Sends Cease and Desist Order to Journalist Demanding He Erase His Detroit Leaks Video Showing Voter Fraud Training -- OR FACE CRIMINAL PROSECUTION !

This sht is just starting to get good and shuting the mouths of the twits that wanted immediate confirmation of fraud with evidence.
Well the evidence is rolling in by the tons with all these glitches in Bidens favor.
Check this confirmed 'glitch' out.

thegatewaypundit.com/2020/11/captured-real-time-moment-virginia-
pawian
10 Nov 2020  #2,643
One of Bidens first things is to open up our borders back up to Muslim immigration
Who told you that? Don`t believe everything what your rigthard friends tell you over beer. They are morons.
johnny reb
10 Nov 2020  #2,644
They are morons.
So are you if you can't Google that FACT for yourself.
pawian
10 Nov 2020  #2,645
No, it is your job. I am not going to lose my precious time googling things for discussions with rightard morons. Either you provide sources or get lost with your lies. Isn`t it simple? :):):)
johnny reb
10 Nov 2020  #2,646
Either you provide sources or get lost with your lies.
How long did that take me, you lying moron ? (Two minutes is the correct answer)
"I will end the Muslim ban on Day 1," Biden said last week at a virtual event hosted by Emgage Action, a Muslim advocacy organization.
Happy now you know it all dill weed.
pawian
10 Nov 2020  #2,647
(Two minutes is the correct answer)
It is 110 seconds too long for me to lose in a discussion with a rightard. I am only able to spare them 10 seconds. Max.
For you, I can spare 20 seconds coz I like discussing things with you. :):)

Biden said last week
It is good he said so. The hatred atmosphere introduced by that clown Trump is slowly going to dissipate.

Donald Trump has fanned the flames of hate in this country across the board through his words, his policies, his appointments, his deeds and he continues to fan those flames," the former vice president said. "Under this administration, we've seen an unconscionable rise in Islamophobia."
johnny reb
10 Nov 2020  #2,648
It is 110 seconds too long for me to lose in a discussion
Thank you for admitting you were wrong.
pawian
10 Nov 2020  #2,649
What is wrong with your logic?
Cargo pants
10 Nov 2020  #2,650
Biden's ancestor was Mieszko
Also:cloverchronicle.com/2020/06/26/joe-bidens-ancestor-reportedly-owned-16-black-slaves/
johnny reb
10 Nov 2020  #2,651
He`s a renegade- no connection with Polishness whatsoever.
That's another reason Trump is so popular.

bidens-ancestor-reportedly-owned-16-black-slaves
Trump got more Black votes then any other president in history.
Trump also put more new pick-up trucks in Blacks driveways by creating jobs for them.
Biden is not popular with the Polish people that live here in the United States at all.
pawian
10 Nov 2020  #2,652
That's another reason Trump is so popular.
No, not so popular - he lost miserably, didn`t he?

Blatant Lie.
Prove it.
The Polish people from Poland that I know who live here and that I talk with all would rather have Trump than slow joe.
Lyzko
11 Nov 2020  #2,656
Surely the Dems have no monopoly on stealing elections. Let's spread the blame. As with faith, there's plenty to go around!
Ironside
11 Nov 2020  #2,657
he lost miserably, didn`t he?
No you dumb soviet, they still are counting votes and checking on irregularities only after that they will officially announce who has won. Right now is just one claims against other.

Biden is a true Pole
WTF? Rather true Soviet, hell not even that, dementia man.
johnny reb
11 Nov 2020  #2,658
Surely the Dems have no monopoly on stealing elections.
Lyzko.......when you have all the major Liberal medias giving Biden 90% of the air time running Trump into the ground, Wall Street donating 4:1 to Biden's campaign, and the billionaires like Zuckerburg, Amazon and even Facebook and Twitter blacking out Trump supporters on their media......how could you possibly make such a dumb statement. :-/

Add in the 3 1/2 years of the Russian hoax against Trump yet nothing in the media about Bidens collusion with China money laundering. lol
No monopoly here, keep moving, nothing to see here.

Surely the Dems have no monopoly on stealing elections.
You must have forgotten about the major Liberal bias media's that are the Democrats main weapon.
Perhaps one might say that is definitely a monopoly, wouldn't you.
They even blacked out Trump on Twitter and Facebook.
Lenka
11 Nov 2020  #2,659
not so popular
Republicans usually loose popular vote. More people voted for Hilary than Trump as well.
But the election system is what it is
pawian
11 Nov 2020  #2,660
Right now is just one claims against other.
You loyally stick to Kremlin propaganda. Let it be so.

The system comes from a time when the federal government was not meant to be primary. The original idea of the United States was that states were primary and national government secondary with strictly limited functions and the idea was that individuals elect at the state level and states elect at the national level.

That's all been degraded as the role of the federal government has expanded vastly over its original mandate after WWII and differences between the functions of the house and senate have mostly disappeared.

The idea of states being primary still exists in some areas which is why there's no such thing as a national drivers license of marriage license or birth certificate (or professional certification for doctors or lawyers) those are all still handled at the state level.
Lenka
11 Nov 2020  #2,662
It seems odd now but there is a logic behind it...
Oh there always is. I didn't mean it as a critique although to me, being Polish, the notion that most citizens may vote for someone and he doesn't get in is weird. But all election systems have their good and bad aspects.
johnny reb
11 Nov 2020  #2,663
Time to change it coz it is so comical -
You Poles are so comical to listen to by not understanding and being brainwashed.
When we Americans try to explain it to you in this thread, several times now, it just gets moved to the back page so no one can see it except a few members.

Same bias reporting by the major media mob in America concerning the elections so people only get to hear one side.
So how will the Poles ever learn if the other side is continuously blacked out ?
Mr Grunwald
11 Nov 2020  #2,664
@Lenka
U.S.A are a republic, Not a democracy. In a republic one votes on candidates that choose an candidate.

In a democracy there is a majority vote which you mention about a direct candidate without intermediary candidates voting.

It's as if every voivodship voted for 1 or a set of candidates who again could vote between two presidential candidates.

@johnny_reb
Poles (Europeans) have a larger interest on the impact of international relations between U.S.A and the world (specifically Poland of course) and the image it presents as the mask one wears in any social event. Many relate to how to perceive U.S.A by the taste of her voters, electing a tasteless and obnoxious person (no matter his name and surname) as an representative of the entire country reflects the population aswell.

Lech Wałęsa comes to mind
Joker
11 Nov 2020  #2,665
When we Americans try to explain it
Its a waste of time Johnny
johnny reb
11 Nov 2020  #2,666
by the taste of her voters, electing a tasteless and obnoxious person
That is your dilemma Mr. G, you vote for a guys personality and I vote for who is going to do the best job for the country.

People really didn't want an old man with dementia but they hated the Presidents personality even more.
Same thing happened in the last election in 2016, it was the lesser of two evils.

Its a waste of time Johnny
If we could just be allowed to explain the other side of the story it would be fabulous but as long as you have Marxist trolls allowed to walk all over each and every one of your posts with Commie propaganda it is a waste of time.
Mr Grunwald
11 Nov 2020  #2,667
@johnny_reb
I consider all aspects of a candidates life, not only his personality. His outward appearance is one of them.
johnny reb
11 Nov 2020  #2,668
If that was true you wouldn't be supporting the Biden crime family.
PolAmKrakow
11 Nov 2020  #2,669
The Political rhetoric here is hilarious really. Trump was a criminal. Hilary was a criminal. Maybe Biden's son is a criminal. Who F****in cares. The bottom line is Trump lost, and he lost legally. Just like he won legally last time. Shi* happens. He isnt going to overturn nearly 5 million votes. Lets all move on from that nonsensical not based on any real facts or proofs story.

Poles in America, liked both candidates based on my conversations. Pretty divided just like the country is. Just like Poland is divided over PiS. Its life, get over it and move on.

More important issues face the USA and the world. COVID, climate, hunger, the douche bag in Belarus, and a lot of other things. Vote against Biden in 4 years and it can change again.
Mr Grunwald
11 Nov 2020  #2,670
@johnny_reb
Last time I checked, I am not an American citizen. So I am unable to support any candidate in the U.S.A by voting. None of them are appealing to me, it only seems to me that Biden has the possibility of reducing the chance of a civil war in U.S.A which would be catastrophical for the security of the free world as BB has pointed out several times that Europe on it's own won't be able to handle China.

There is more at stake here then having a go at the other side of internal U.S politics