Crow
27 Sep 2018  #1
Admin, this thread isn`t for off-topic. Its major political topic for Poland and we should talk here. Or we shouldn`t talk about politics at all. "Serbia" in topic = off-topic

There is no way for Poland to ever consolidate as European and global power if western Europe manage to deeper weaken Serbians and destroy them on very fragile and important strategic points of European continent, on the South-East of Europe, Central Europe and on Balkan.

If there are no Serbians as strong factor in Europe, countries that would have tendency to gravitate to Poland, Serbia and axis of Poland and Serbia, would inevitably float to the gravity pool around western Europe and Russia. In fact, Poland itself will be timely reduced to ruble and crumple tearing apart on zones that would itself attach to western Europe and Russia.

So, Poland should support Serbians now and avoid to risk to lose everything.

Even if official Poland calculate and secretly hope that Serbians can manage to prevail no matter lack of Poland`s support, by failing to mobilize Poles around solidarity with Serbians, official Poland, no matter outcome of Serbian struggle may be, destined Poland to another era of partition, what may prove to be final partition of Poland. Why so? Because in supporting Serbians, official Poland have chance to publicly (!) expose western Europeans factors that work against Poland from outside and from within Poland. In some way, support to Serbs should be battle for Poland itself. It should strengthen Poland and secure centripetal forces of Polish society. Some would maybe say that Poland have other cohesive forces at its disposal and that uniting around solidarity with Serbians isn`t necessary. But its wrong thinking. Yes, Poland do have other cohesive factors available but, within all those potential cohesive factors is also seed of destruction of Poland. Only Serbs represent pure positive factor for Poland. Only Serbs.

So don`t mistake Poles. I don`t call you to defend Serbs but you better defend Poland. This isn`t about Serbs. I know my people shall prevail. We shall prevail because our survivor and strengthening represent importance for strongest and wealthiest circles (not just Slavic circles) of power of this Earth. Its hard now but we shall prevail. But, where would Poland be? Now, Poland is wrongly guided.

Remember, last time Poland was influenced by Serbians, Poland got itself golden age and dominated Europe. It was in time of Polish-Lithuanian Commonwealth. Even then, it was not about helping to Serbs. It was taking as much of Serbian influence on itself. Jagilonian Kings knew that. 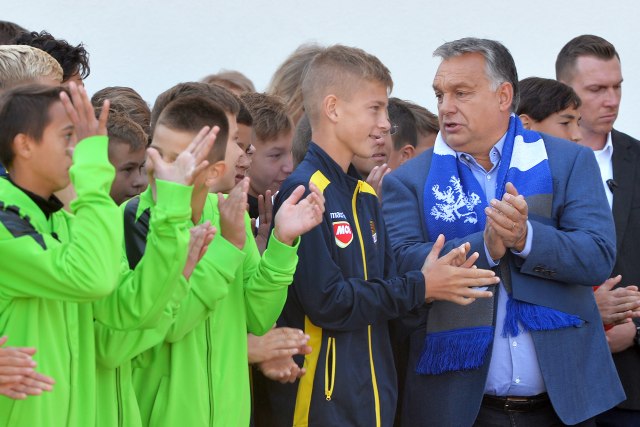 Poland is out of crucial processes to Her. Isolated.

You don`t see that?

Its because Poland itself, obviously, represent object of bargaining.

Do you want to talk or you are still lethargic? Lethargic no matter that we have internet. You don`t have hope?