The best known American human waste, Obama and Hillary, has decided that, from this point on, you are now no longer Christians - you are "Easter worshipers".
Joker
23 Apr 2019  #182
Yep, I seen that!
If crooked Hillary would had won in 2016 she would have continued the Dems war on Christianity.
Rich Mazur
23 Apr 2019  #183
....and claim that it is those white extreme right wingers like you and me who are really the cause of Christian persecutions. But for them, the right wingers, Muslims would love Christians and let them practice their Christian religion in all Muslim hellholes - sorry - countries.
Crow
23 Apr 2019  #184
Forget about France people. I mean, its good to have empathy for that what happened for Notre Dame but, ask yourself how much one French care for traditional Slavic values, for Svetovid, for its own Slavic (ie Sarmatian/ie same as Celtic/Gaul) origin and do him even know of it. Ask French. They have more in common with people from their outside European colonies. Its all nice and all that but, that people is nothing but destroyed mentally by their own rich magnates who cared only for their own well and never cared for rest of people. French history is forbidden to French people. So, what is land without history? What is people that live in eternal illusion?

Where Svetovid gave up, even Christianity won`t prevail. Their magnates grabbing Islam, people is lethargic from long time ago and that`s just how it is. They are doomed because they don`t have backbone and nerve.
Rich Mazur
23 Apr 2019  #185
White Christians are sleepwalking toward the cliff. I wonder if they will wake up before hitting the bottom.
BTW, my sincere and friendly advice is to skip Svetovid and you will be a lot more credible. Even if nobody ever invented gods, the ruling elites would invent something else to make their job of bulls***ing the gullible idiots easier.
Vlad1234
23 Apr 2019  #186
White Christians are sleepwalking toward the cliff.
In which countries? In Western Europe they constitute minority of population already.
jon357
23 Apr 2019  #187
minority of population
In which countries exactly?
Vlad1234
23 Apr 2019  #188
France, UK, Netherlands, Sweden, Germany, etc.
en.wikipedia.org/wiki/Religion_in_Europe
Weimarer
23 Apr 2019  #189
Christianity is same middle eastern stuff as islam.

In eastern germany are almost all atheidt. Im proud for that,
Vlad1234
23 Apr 2019  #190
Unfortunately atheism isn't favorable for self-sustainable fertility rates. There was no predominantly atheist country or territory in the World which would be self-sustainable demographically. Therefore atheism is going to loose to religion in a foreseeable future. Unless people will switch to reproduction by the cloning, what is unlikely, of course. I wonder if Europe can return to patriarchal society by banning mass media and the worse of the mass culture and introducing severely traditional and patriarchal style education. Don't think I propose it, this is just an entertaining scenario.
Rich Mazur
23 Apr 2019  #191
In Western Europe they constitute minority of population already.
If that's so it's because Christianity became spineless and tolerant. When some scum liberal pro-abortion politician gets communion, it's no longer a church or religion. It's a social feel-good club like Facebook or YMCA where everybody is welcome.
Bratwurst Boy
23 Apr 2019  #192
If that's so it's because Christianity became spineless and tolerant.
Whats the alternative, a religious war like in th middle ages? I wouldn't want to play this muslim nutters game where people get killed for worshipping the "wrong" god...

Better not worshipping someone at all....it needs two to play the game. The answer doesn't lie in an agressive, violent Christianity (as opposed to spineless and tolerant).
Rich Mazur
24 Apr 2019  #193
Whats the alternative, a religious war like in th middle ages?
I will not dignify this straw man argument with a response.
Bratwurst Boy
24 Apr 2019  #194
Please do!

You don't believe in the Church (like me)....how come that you are argumenting pro-Christianity?

If some dumb backward people want to go to war for their god...okay...but why should we?
Crow
24 Apr 2019  #195
BTW, my sincere and friendly advice is to skip Svetovid and you will be a lot more credible.
I know. Not that I insist on always speaking the truth and, Svetovid is part of the truth, but right now, Svetovid only violates cliché.

See, while people rising their voice in defense of Christianity, they easily forget what is behind the curtain. You know what I mean. ``They`` just say let us be Christians. But if we were to follow that logic, there won`t be White Christian sooner then many expect. Now, I`m not the racist. I just have my rights. So there comes Svetovid and Sarmatism. In Serbia, among Serbs, Svetovid goes hand in hand with Christ.
Ziemowit
24 Apr 2019  #196
I think Svetovid has been amongst us all the time - he is still present on this vast territory reaching the cliffs of Rügen in the west, to the outskirts of Ukraine in the east and finally coming to the outskirts of Kosovo and Serbia in the south.
Rich Mazur
24 Apr 2019  #197
Did Svetovid perform any "miracles"?
Crow
24 Apr 2019  #198
Yes, dobri brate. Your ancestors smile on you because you didn`t forget. In you, they live.

Bottom line is who we are. And we came to the bottom line. To the Svetovid. That fact don`t negate Christianity. On the contrary. That fact defend core values of Christianity by preventing work of those who wants to selfishly use Christianity, not for Christ but for their own purposes.
Crow
24 Apr 2019  #199
Did Svetovid perform any "miracles"?
Old sources never spoke that druidic caste of ancients ever promoted "miracles" of Svetovid or any other god or spirit. Bearers of religion were promoters of domestic culture, music, myth, values, ancestral cult, secured flow of information and that way connected tribes on vast territory, etc.

BDW, `druid` in Serbian direly means `one who walk on the road/path` > `(in Serb. `ide drumom`, same as `ide putem` > `walk on the road/path`). Just to clarify this because some say `druid` is Celtic word. Sure, it is Celtic but Celts were nothing but Sarmats labeled as Celts. And, as we all understand, Sarmatians was another name for all Slavs.

After all, its not just accidentally that Romans themselves admitted how Skordisci (Celtic founders of Serbian Capital- Belgrade/Sindidun) were most numerous and strongest ever Celtic tribe that they encountered.
Vlad1234
24 Apr 2019  #200
What is the best city in Eastern part of Germany? Probably Dresden?
Rich Mazur
24 Apr 2019  #201
Best for what? To be far from Muslim migrants?
Crow
24 Apr 2019  #202
Eastern Germany can be saved and reclaimed by the Slavdom what will soon to be equal to Europeandom or to say Central Europeandom. They themselves will return to us.
Bratwurst Boy
25 Apr 2019  #203
I would word that differently Crowie...how about european paganism? We don't need another division between our european people...we are not going to war for Svetovid or Odin! :)

PS: Since I remember from my east german childhood to regularly celebrating Yule in Kindergarten I would think we are closer to our roots than you are, heh:) 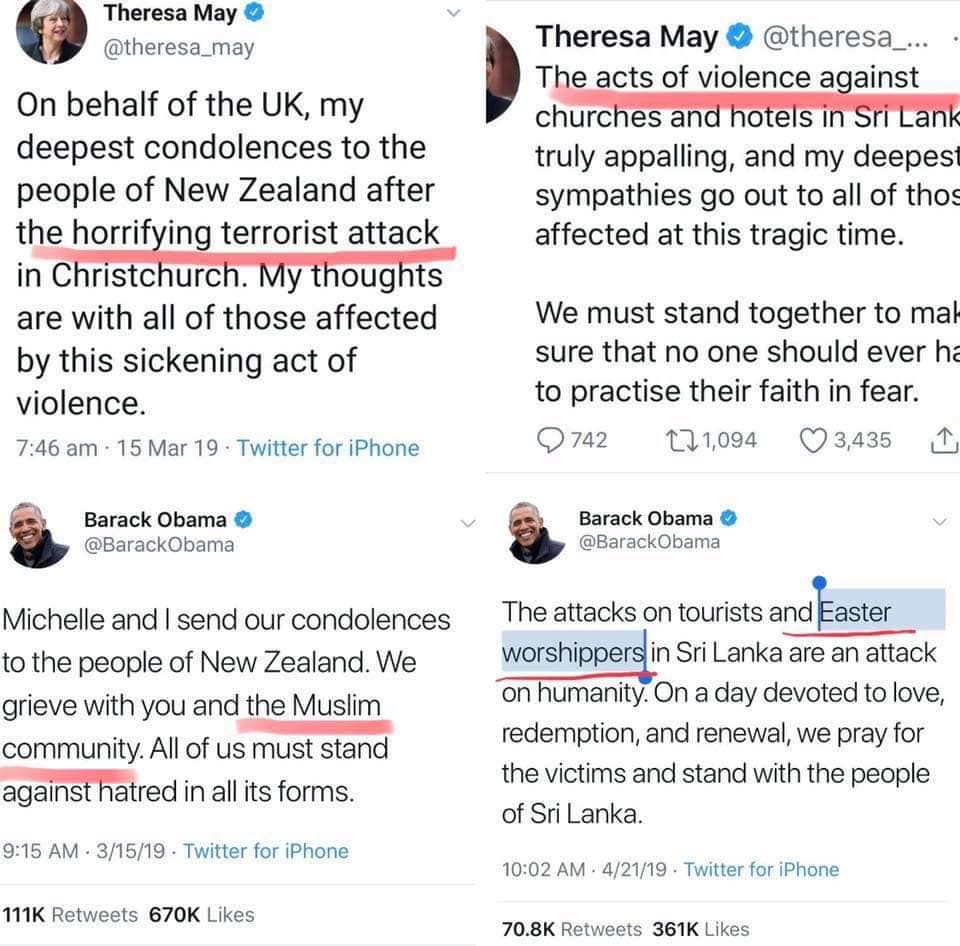 I would think we are closer to our roots than you are, heh:)
Hardly. Svetovid is institutionalized within Serbian Christianity, within family custom SLAVA and VIDOVDAN (Day of Svetovid). We are last Sarmats (ie Slavs) on Earth who still celebrate family feast in order to regard ancestral cult. And we are Serbs. Together with Lusatian Serbs we are last Sarmats that using true original Sarmatian ethnic name (local version of it, not deformed with foreign influences).

And what are Germans? Former Sarmats (ie Slavs) who pathologically hate those who still exist as Slavs. German language is Roman pollution of Sarmatian culture, deviation. Germans lost their Serbian ethnic name, language, spit on their ancestral culture. One can ask itself how blood within Germans don`t rebel against itself. And it is Roman influence in you that force Merkel and most of western European leaders and magnates to tend to mix with Semites. It was eternal Roman dream to merge with Egypt. same with Greeks who tended to merge with Turkic people.

BDW, greedy archduke Ferdinand died when he insulted Serbs on VIDOVDAN (Day of Svetovid). That insult was his last insult to Serbs.
Ziemowit
25 Apr 2019  #206
I remember from my east german childhood to regularly celebrating Yule in Kindergarten
What is YULE, prey tell?

Svetovid is institutionalized within Serbian Christianity, within family custom SLAVA and VIDOVDAN (Day of Svetovid)
Vidovdan is St. Vitus Day (Polish: Dzień świętego Wita, German: Der Veitstag). But St. Vitus or Święty Wit is not the same as Svetovid despite a striking similarity in the pronounciation of both names.
Bratwurst Boy
25 Apr 2019  #207
Why would we go to such a war? Svetovid and Odin are product of same culture and same people :)
Okay....whereas Christians and Muslims beat each others heads in to find out whose God is best we just b*itch about whose Gods were first, heh:)
Vlad1234
25 Apr 2019  #208
"Easter Worshippers"
Reptiloids?
Vlad1234
25 Apr 2019  #209
Are Theresa May and Obama reptiloids?
Rich Mazur
25 Apr 2019  #210
Okay....whereas Christians and Muslims beat each others heads
Wrong. While Christians turn the other cheek, Muslims separate heads.
Name one incident where a Christian detonated a bomb in a mosque screaming "Jesus Be Blessed!"