Music I have never got bored of

I hope Poles and others appreciate what Serbs here doing for them.
Vesko Vukovic
2 Aug 2020  #453
Zeljko Vasic - Zauvek
This is the corresponding link to the mentioned song:

Not that the other song you posted isn't bad either...

:D
kaprys
4 Aug 2020  #455
@Miloslaw
This is the fan video of Uprising by Sabaton I was talking about in the other thread.

Very emotive images.
Thanks ever so much for sharing that.
The saddest thing about The Warsaw Uprising was the lack of support.
Yes, the RAF and USAF were dropping supplies.
But what they desperately needed was fighting air support.
To do this British and American planes needed to land on Russian occupied territory.
Stalin denied this.
Churchill was gung ho as usual and phoned Eisenhower and said "Let's do it anyway" and see what the Russians do.
Eisenhower chickened out and said no.And as he was Commander in Chief, Churchill could do no more.
Imagine what might have happened if loads of RAF and USAF fighter planes had gone to support the uprising.
The Polish fighter pilots would have been working overtime......
Vesko Vukovic
6 Aug 2020  #458
youtu.be/Q6E_LEnhHTs

The The - Angels of Deception

The The - Sweet Bird Of Truth

British bands - The Beatles,The Kinks, The Stones, Led Zeppelin, Pink Floyd, Genesis.... to name just a few...........and even the Germans can manage some decent bands - The Scorpions, Rammstein and Accept to name just three.

Serbia has no connection to Poland at all.
And even if it did, Poles don't care..... now disappear to a Serbian forum, where you may be more welcome... bye Crow!
Crow
11 Aug 2020  #466
Traitor. Your problem Milo is that you don't believe in legends. And oldest Polish legends nicely says that Poles originate from Sarmatians.
Miloslaw
11 Aug 2020  #467
Traitor.
I will take that as abuse.

. And oldest Polish legends nicely says that Poles originate from Sarmatians
That is still very much debated.

You Serbs came from an area between Germany and Poland and yet you fail to address this.
Instead, prefering to believe sone stupid myth that Serbians were
Roman Emperors...... you are hilarious!!!
Crow
11 Aug 2020  #468
Poles joined the Yugoslav Partisans in the beginning of the war.
Actually to Chetnik royalists and also Serbian Chetniks (Yugoslavian Royal Army) operated in Poland, too. Did you hear for famous Serbian Chetnik cavalry captain Draza that operated in Lwow leading local Polish resistance of Home Army against banderists and Germans? Draza was highly decorated for saving many Poles from the massacre. Later, he even managed to convince Poles and Ukrainians to fight together against communists. The great man really. His last post of service in Poland was in Lower Silesia.

Partisans were communists and they came later. They then also had connections to Poland.

A Day In The Life - The Beatles

While My Guitar Gently Weeps - The Beatles

The Ballad Of John And Yoko - The Beatles

I think mine would be 'Across the Universe' and 'You're Gonna Lose That Girl'.

Eleanor Rigby
We had a singing teacher in secondary school who taught us to sing Eleanor Rigby in beautiful three part harmony. We also did 'You Got a Friend' and 'Fire and Rain' by James Taylor and 'After The Goldrush', Neil Young. I remember the beautiful sound of the piano ringing out through the school hall as he accompanied us, (the singing teacher, that is, not Neil Young! If only.............) happy days.

Years later I came across a piece in the Irish Times about teachers who had a profound influence on their students and somebody cited that particular teacher, though she'd had him for Geography, not music!
Crow
23 Aug 2020  #471
Serbian summer hit >>> 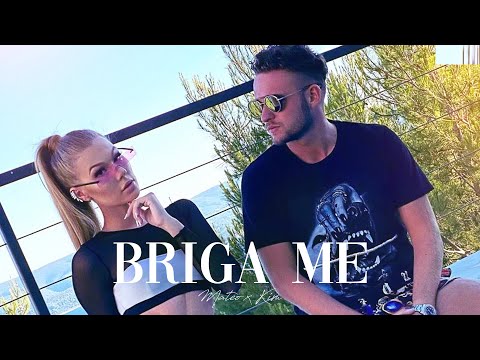 RIMSKI - MOJA EKIPA
Chemikiem
2 Sep 2020  #475
How can you pick just one!
There are loads of Beatles tracks I like, but for me, that is the one that really stands out.

We had a singing teacher in secondary school who taught us to sing Eleanor Rigby in beautiful three part harmony.
I can't remember any teachers ever singing in my school. Sounds like your school was much more fun :)

The legendary BUCKETHEAD
Really liked that :) Never heard of him and he really does have a bucket on his head lol!!
Atch
2 Sep 2020  #476
I can't remember any teachers ever singing in my school.
Really?? Did you not have 'choir'/singing class? I thought all English schools would have that. That's a great shame. Singing together is one of the best feelings in the world :)) I always say that if we could get the Polish Forum crowd together in real life and stage a concert, all the spite and the malice and the weirdness would melt away. Music really does heal the soul:)

We had a singing nun as well, her name was Sister Anne and she took her guitar everywhere with her. We had her for religion and it was so easy to get her off topic by suggesting we sing a few hymns :-D She also rode a Honda 50 scooter, she'd whizz by, helmet clamped on over her veil. I know it sounds like Father Ted, but it's true!
Chemikiem
3 Sep 2020  #477
Did you not have 'choir'/singing class?
No. I don't remember my music lessons as being particularly interesting at all. I do like to sing but other people see my singing as a form of torture so it's probably just as well!

if we could get the Polish Forum crowd together in real life and stage a concert,
Don't give up your day job Atch!

We had a singing nun as well, her name was Sister Anne and she took her guitar everywhere with her.
Yes, I remember you talking about her once before. Sadly, we didn't have any teachers that were real 'characters' as such. I'm sure her lessons were lots of fun given that she was quite easily manipulated :)

I know it sounds like Father Ted, but it's true!
I don't doubt you for a minute!
Atch
3 Sep 2020  #478
she was quite easily manipulated :)
Basically, she just loved to praise the Lord by any means available and ideally with song :)) All the teachers could be cajoled into a sing-song though, especially on a Friday afternoon or on the last day of term. We used to say 'Could we have a little concert? Oh pleeease.'

The 'concert' then consisted of various girls doing their party pieces, which ranged from beautifully sung ballads that would bring a tear to the eye, to comical stuff. There was one girl who used to do 'I'm Jake the Peg' with a sweeping brush handle stuck down the back of her uniform for the extra leg :-D- couldn't do it now, not that Sir Rolf has disgraced himself! Then we'd finish off with a sing-song, some 'sad' stuff like Eleanor Rigby ;) and a few old rebel songs and rowdy street ballads, a few of The Dubliners numbers and that sort of thing. A big favourite was the one below, it's a famous old Dublin song, and everybody learned this one in primary school, all about 'the aul woman who kilt the child'. An analyst would have a field day with why Irish children loved singing this. I have my own theories:

youtube.com/watch?v=wnrhJO-qzdw
Chemikiem
6 Sep 2020  #479
All the teachers could be cajoled into a sing-song though,
Must be an Irish thing, never heard of anything like that in an English school. My teachers were all quite staid and set in their ways. With the exception of a couple of them, the teaching was as dry as dust. No way would we have had a sing song or concert. I can remember end of term plays, but that was about it. Is this common in Irish schools? Was yours a private or state school ?

A big favourite was the one below, it's a famous old Dublin song
Never heard it before, but what I found bizarre was a cheery bunch of men singing something so grim! And more bizarre that primary children sing it!

I found an interesting article about it here:

irishcentral.com/culture/entertainment/weile-weile-walie-irish-murder-ballad
Atch
7 Sep 2020  #480
Is this common in Irish schools?
Yes, very. You're right, it's an Irish thing. In the last school where I taught, there was a retirement do for one of the teachers and as soon as the meal was over, the singing started. She opened the proceedings herself by singing 'Will You Go Lassie, Go?', you know that lovely Scottish song. Then everybody who wanted to, got up and sang, including the parents :) Some of them had had a good few jars by the time their turn came! After that we had a dance/disco.

Was yours a private or state school ?
It was what's called a voluntary school, privately owned and managed by the nuns and you pay whatever you can afford. There's no set fee. If you can't afford to pay anything, you don't pay. If you can afford to contribute, you do. The teacher's salaries are covered largely by the Department of Education and the school gets grants for certain things but we had to have many a fund-raising cake sale, or school concert :))

bizarre that primary children sing it!
I think the reason we liked it so much was that justice is seen to be done when the 'aul wan' is hung at the end. The 'choild' may have been 'kilt' but the 'aul wan' didn't get away with it :-D