Why AfD is the most important party in Germany

Show me when Germans mass raped 1000 women in cologne.
Show me where a German cut a 1 year old girls head off at a train station.
Show me where a german attacked passengers in a train with an axe.
Show me a German slamming with a truck into christmas market.
Show me 400 germans beating each other on Alexanderplatz.
Show me Germans installing Sharia law in cities and make it no go zone for even police.

Here for all some of the things done ... 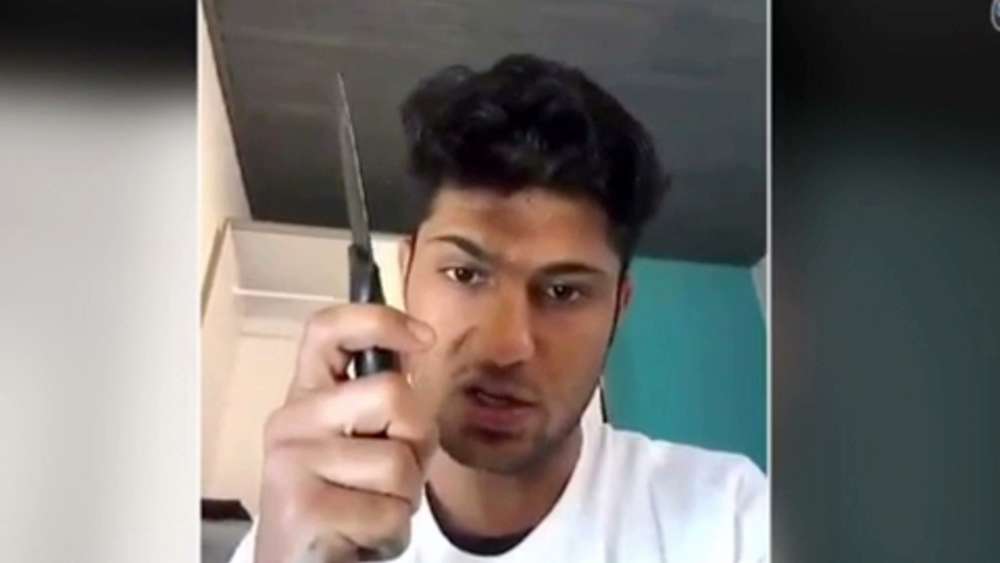 police had nothing to say
Wonder why...

A hoax? Police and media had to admitt days later when they could not keep it under the rug anymore

Here right from the police chief:

"Mathies did acknowledge that many of the alleged perpetrators were from countries where they might be familiar with "this behaviour, where women are hemmed in and then abused by a large number of men at once."

"I must say that this phenomenon was not known to me in Germany before," he said.

A particular challenge for the police has been the lack of quality video surveillance in the Cologne main train station, where many of the attacks happened."

@Tacitus and other do gooders, what you say to leftist liberal facists like Jonny, who claim the worst crimes did not happen?

You are right, that facists lose in the end.
Yes, as the afd's ideological predecessors did. Ruined cities, real mass rape by soldiers, and the ringleaders where they belong, dangling on the end of a rope.
Weimarer
23 Mar 2019  #68
The AfD is conservative liberal. Your ideology is facist to the core.

Cologne's police chief, Wolfgang Albers, who had been heavily criticised for his handling of the violence and police communications afterwards, was dismissed on Friday.

The city's mayor, Henriette Reker, suggested that police had held back information from her and that her trust in the Cologne police leadership was "significantly shaken".

A leaked police report, obtained by the German newspaper Bild, said women were forced to "run a gauntlet ... beyond description" to reach or leave the station.

So how does it feel for you Jonny? To know that we, the AfD and other far right parties have crushed migration to almost zero. A drop of 99.7% within the last two years?

How do you feel to know that not a single NGO ship is out in the sea anymore to save them?

How do you feel to know how your beloved illegals suffer in libyan camps under horrible conditions and no hope left?

How does it feel for you, that our party is responsible that horrible camps are build where they are put in. Stranded without hope under such harsh conditions, they rather go back Syria? 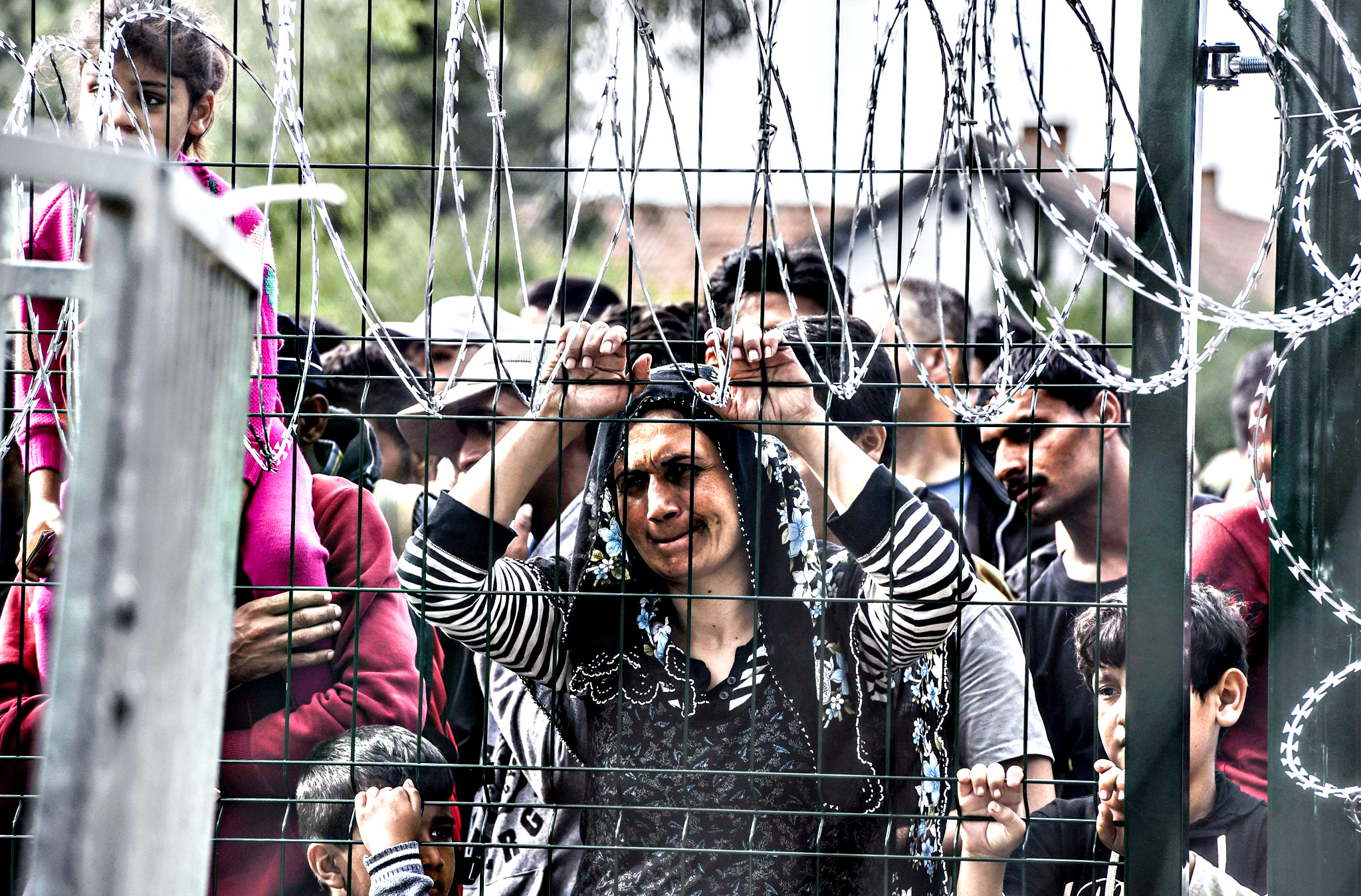 They suffer Jonny. They really do. And its all the fault of people like you.

People like you lured them into the trap. I feel sorry for them. But we have to think about ourself first.
jon357
23 Mar 2019  #69
The AfD is conservative liberal.
It's actually the opposite of that, but never mind truth and logic, Nazi-fanboy.

BTW, I don't read your long rnts.
Lyzko
23 Mar 2019  #70
Problem is far too few people wish to examine the circumstances which ultimately drove certain of those migrants to commit the crimes of which many have been accused! If somebody dares to suggest that perhaps not every migrant is necessarily a potential anti-European, terrorist troublemaker, they're accused of somehow condoning such crimes.

Surely, a number of such migrants probably DID do the things attributed to them. On the other hand, the majority press in any country, the US included, doubtless doctors certain information to make it fit their readers' prejudices and misconceptions.
Ironside
23 Mar 2019  #71
, is straight from the political playbook
Nonsense. All that mess is due to the fact that so called liberal government are not fulfilling their most basic duties towards citizens of a country. They invite a mass immigration in a shot period of time, don't does with the problems its created and if people react oft they lash out blindly because they feel abandon by their authorities and are afraid and lost. They are branded racist, fascists and what have you and a large chunk of the population is lumped together in this way with few real racists or nutt jobs.

All are getting radicalized in the process and so called liberals are just even more entrenched on their positions of ideological fanatics.

It all gonna end badly if it continues. I put the blame mainly on those ideologically stupefied fanatics not unlike you jon.
Weimarer
23 Mar 2019  #72
Exactly.

They call me facist for what?

What happened in 2015 was traumatic for me and most people i know. The government failed in evry aspect.

What we saw, was a collapse of law.

What we see is, that voting AfD forces system parties to bring back law and order.
Miloslaw
23 Mar 2019  #73
It all gonna end badly if it continues.
I agree Ironside.
jon357
23 Mar 2019  #74
They call me facist for what?
Probably advocating for an openly fascist minority political party has something to do with it.
Miloslaw
23 Mar 2019  #75
Fascist?
I think you are pushing that too far Jon.
jon357
23 Mar 2019  #76
It's what they are; they make no secret of that.
Tacitus
23 Mar 2019  #77
Well, he does show a lot of disdain for democracy, cheers for the physical intimidation of critics, takes glee in sending me pictures of starving African children... Not exactly much that seperates him from a typical NSDAP-voter in the 1920s, you just have to replace "jew" with "muslim" and "migrant".
Miloslaw
23 Mar 2019  #78
But does that make him a Fascist?
Or just a racist....?
Tacitus
23 Mar 2019  #79
He is certainly ticking a lot of boxes here. Disdain for democracy and their leaders, nationalism, hatred against a minority as a unifying cause, violent reprisal against critics.

Heading for jail again soon; the trial is scheduled.
Miloslaw
24 Mar 2019  #84
Yaxley-Lennon is certainly on the far right
Yes,but I bet even you would not call him a Nazi.
jon357
24 Mar 2019  #85
He certainly dog whistles to neo-Nazis, a group from which he derives support. he doesn't discourage his supporters from making Nazi salutes and with his crowd of thugs attended the trial of a self-confessed neo-Nazi.
TheOther
24 Mar 2019  #86
by extreme Leftists,who are just as bad and violent
The fringes of the political spectrum are always bad and violent.

we live in a crazy world
I believe we are slowly returning to the 1930's. People have forgotten the lessons of the past.
Miloslaw
24 Mar 2019  #87
He certainly dog whistles to neo-Nazis
He left The EDL because of the neo nazi influx and even briefly joined Quilliam.
Give the guy some credit.....he has tried.
jon357
24 Mar 2019  #88
Quilliam.
Briefly indeed. And seems to have become even worse.
Tacitus
24 Mar 2019  #89
But we have right wingers in The UK accused of being Fascists when they are clearly not.
He does consider the rise of the AfD as the rise of the "far-right" though. To be honest, I am generally not really a fan of calling someone a "fascist", precisely because some people like to use this term inflationary (just as some people call anybody slightly to the left of them "communists").

But Weimarer deserves this label more than most. I would never call someone with right-wing positions as fascist, as long as he does still accept the basic principles of our democracy. Which he evidently does not, along with principles of basic human decency.
Weimarer
24 Mar 2019  #90
1. I do support democracy and see the rise of the AfD as restoration of democracy. We had no oppossition in Germany before the AfD. All parties followed Merkel. Critics were silenced.

2. I see your ideology as deeply facist to the core.

3. Im not racist. I have friends in many countries. What i will never accept is that my country gets ruined.

The most amusing thing is, that you call Helmut Schmidt and Helmut Kohl facist and Nazi. Both were disgusted by Merkels open door politics. Schmidt said this will lead to civil war and Kohl said Merkel ruins his Europe and invited Orban to his house.

People like you use the words facist so much, it loses its meaning. What you want is a totalitarian monoparty system, following your sick perverted agenda. Dissolution of the nation, culture and identity to make it easier to exploit people.

People like you want cheap slave workers. Asylum industry at its finest.

You are mad because the AfD and similar parties stopped this.

And now you need to learn democracy. The AfD represents enough people, that it forces politics to change into that direction.

No matter how much you hate us, we are part of the country and influence its politics. Thats democracy.

As for starving africans, Germany is not an african country. We are not world welfare office. Their fate is none of our business. Our business is to keep them out. You are free to spend your private money for them.